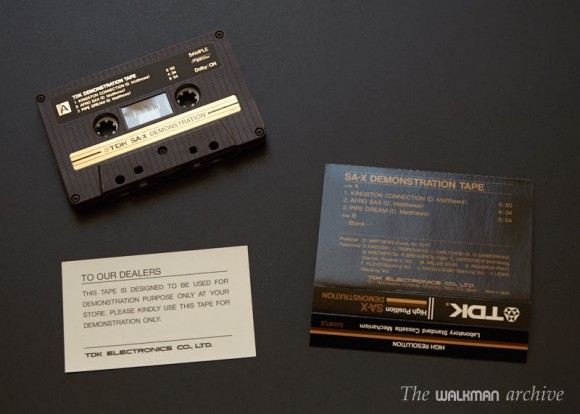 I have never seen or had a tape like this, but now that I have it (and having talked about it previously), I guess it probably exists many ones similar to this one in various models and from various brands. As you can see this tape is for dealers, aimed to show how good does the famous SA-X sound. I know well this tape because I used it so much, and I have quite a lot of this ones in its different generations in my cassette collection.

I was very very curious to see how good is it supposed to sound, as it comes directly from the manufacturer. Ideally, it will represent the state-of-the-art recording. It’s a ’82-’84 generation tape as I found at vintagecassettes.com which is a generation I like a lot by its design. If I had to pick a reference design for a cassette for a exhibition ad, I think I’ll choose this SA-X or a very similar one. It represents to me the cassette in its whole history.

It comes with one side recorded and the other side blank. Curiously, the small protection tabs in the upper side (the ones that serve to avoid accidental recordings) come this time in asymmetrical layout, as one comes but the other not, meaning that you may record in the blank side only. 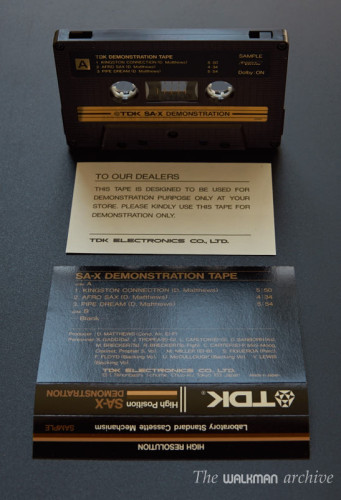 To play it I used my beloved K909ES deck, with perfectly clean rollers, capstan and head. The cassette comes encoded with Dolby. It simply states “Dolby: ON” without specifying which one, but from that year is clear that it’s the B version. To avoid decoding incompatibilities I prefer to use my JVC NR-50 noise reduction unit rather than the deck’s internal chip, as I could experience that almost every time if fails to decode it with precision… unless it’s recorded in the very same tape.

Finding the proper adjustment in the NR50 is not always an easy process but I think I’m getting myself trained better and better each week it’s becoming easier to me.

I listened to it in my usual setup with headphones: my PanAm valve headphone amp and my Sennheiser HD-540 Gold Reference pair of cans.

The recording contains three songs form the very same artist: D. Matthews, which I don’t know. I searched for that name and for the first song (Kingston connection) both in Google and in Spotify but could not find anything at all. It seems to me that this is the very first time I found absolutely nothing about a particular thing… The tracks are from jazz and fusion, all instrumental (no voice) and they are nice. Especially the first one that I liked a lot. 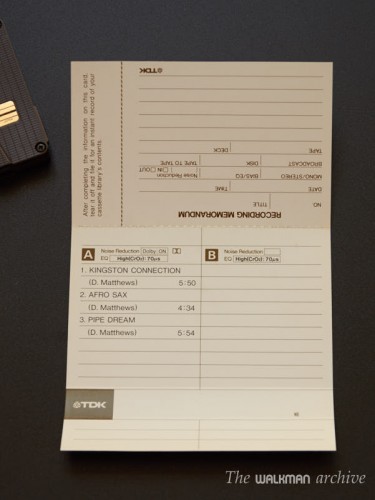 The music has a lot of detail and it’s perfectly recorded, with levels reaching Dolby mark as I would expect for a reference demonstration tape. With Dolby B active and properly decoded it’s difficult to hear any background noise and the sound is sharp and precise. The main problem is that immediately from the very beginning of my listening I noticed a clear lifeless sound. I was very dissappointed indeed. I really expected something better in this case; something extraordinaire… but it’s not.

To me it sounds like a plain good record from a plain, lifeless CD. And I cannot understand why TDK released this excellent cassette with such a plain recording. I guess they just concentrated in using a CD (just to be proud of putting into it a brand new ‘pure & perfect digital sound’) and carefully adjusting azimuth, levels and all tech stuff. But they missed a very important point: the music itself.

Seeing that it’s impossible to find anything from that artist I guess it’s a very little known one hired for this particular task. Maybe they even paid the recording and all that, but in the end they got a nice, plain music.

I engaged my Technics SH-8020 EQ, added a bit of bass (about 4dB at 63Hz) and my BBE 422A Sonic Maximizer and the result was much better. Not to the level of a good recording from many of my vinyl collection (like Huey Lewis & the news or Stevie Winwood to put two) but good enough to become more pleasant to the ear. With more the bass and more punch in general, it sounds definitely better. Heck, I could do this kind of mastering for TDK!

So now I know I can make better recordings with my vinyl setup -and even from digital- than TDK did. I know this can sound a bit like a pedant, but now I have the proof that I really can do it. In fact, I already did it several times with my mixtapes. And I explained many details of my workflow and procedures in my guides for good & excellent recordings on cassette tape. 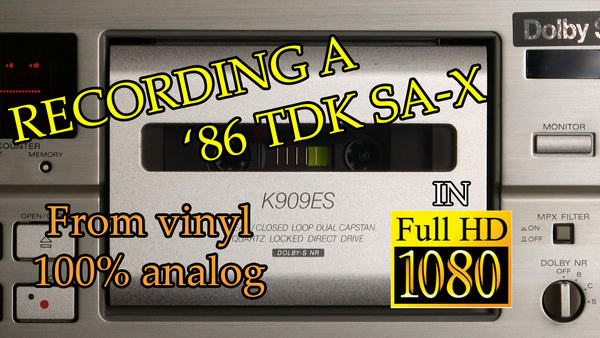 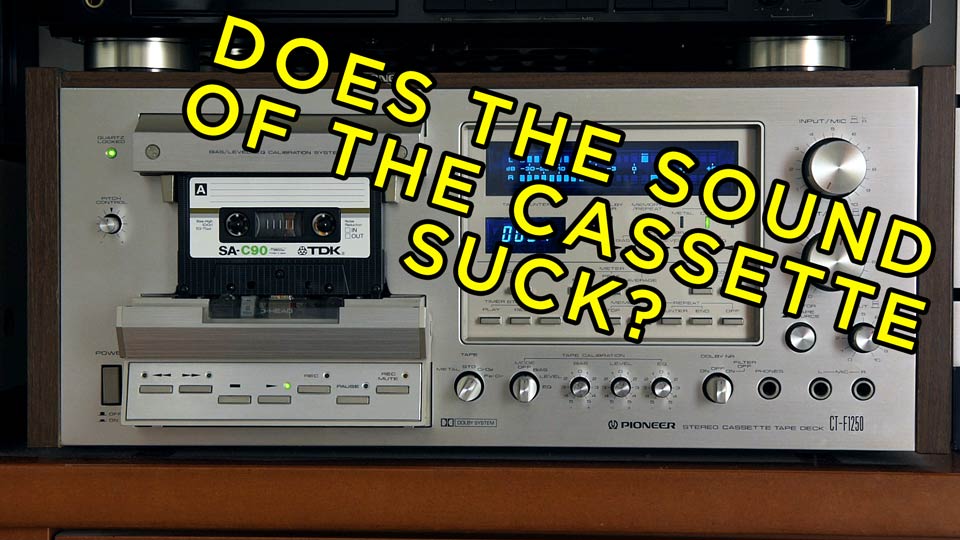 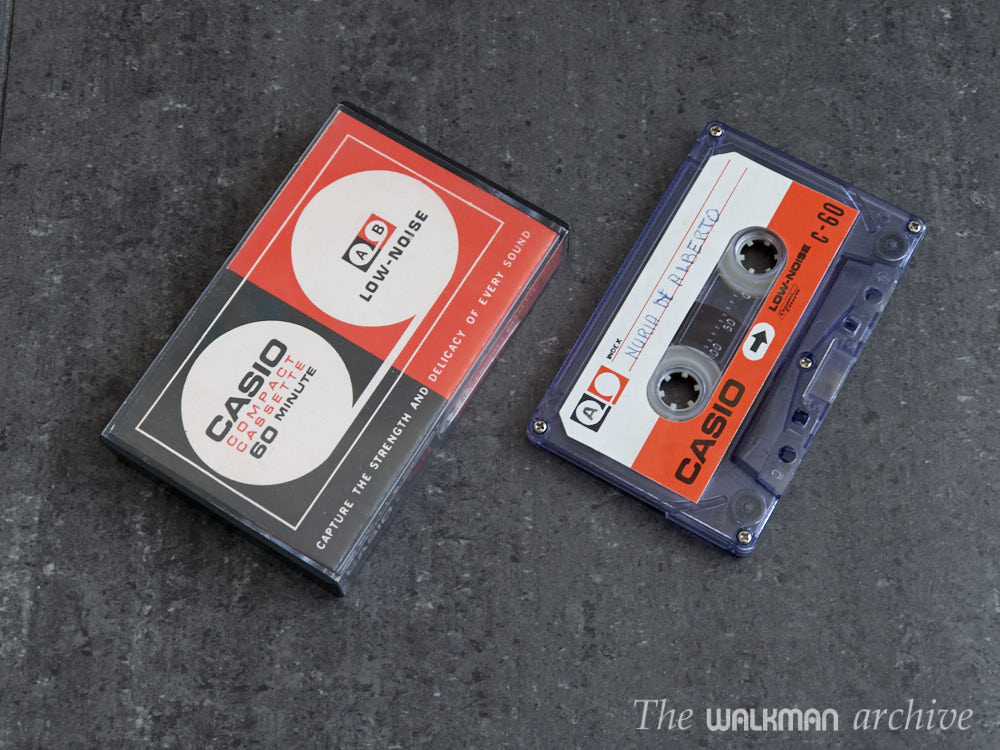 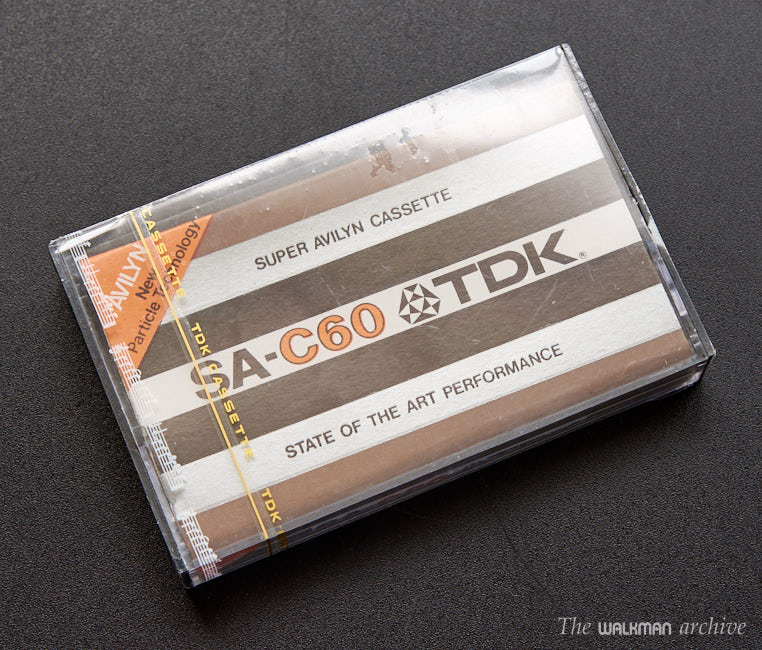